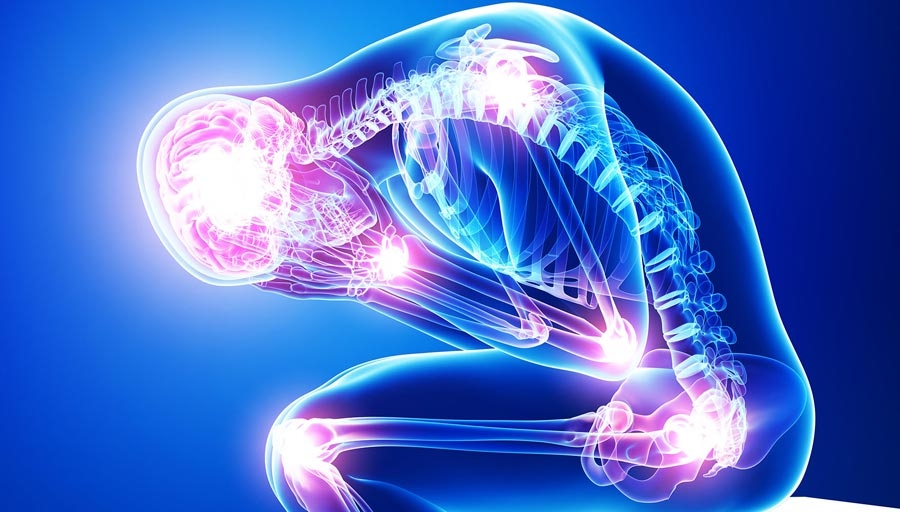 Patients with fibromyalgia appear to have specific gut microbiome alterations that differ from their healthy peers, new research suggests.

In the «first evidence» to show this connection, investigators found that women with fibromyalgia had significant differences in 19 species of gut bacteria compared with healthy controls. They also had higher serum levels of butyrate and lower levels of propionate.

«To the best of our knowledge, this is the first demonstration of gut microbiome alteration in non-visceral pain,» the researchers note.

This includes assessing whether the findings are specific to fibromyalgia or if they can be more widely applied to chronic pain — and if all of this can be used to help with diagnoses, Minerbi said.

«We know that diagnosing fibromyalgia is quite challenging, so a diagnostic tool based on gut microbiota could be a very useful aid to clinicians. This opens the door for future studies and for the future of chronic pain research in general,» he added.

The findings were published online June 18 in Pain.

Questionable Pathophysiology
The pathophysiology of fibromyalgia is not well understood, the investigators note. There are «multiple hypotheses being suggested, including impaired central nervous system nociceptive processing, altered peripheral nociception, and systemic inflammation,» they add.

The researchers note that two recent retrospective cohort studies showed a 66% to 73% rate of false-positive diagnoses for fibromyalgia.

«Evidence is mounting on the critical role of the gut microbiota in a variety of pathologies, including, but not limited to, metabolic, cardiovascular, oncologic, neurologic, and psychiatric disorders,» they write.

However, «data on the possible role of the gut microbiota in the pathophysiology of chronic pain outside of the gastrointestinal tract is still scarce,» which led investigators to assess the possible association between the microbiome and fibromyalgia.

«Some of the circuits that are involved in psychiatric and neurologic conditions are also involved in chronic pain. So that was the rationale to look into changes in the microbiome in patients with chronic pain,» Minerbi said.